The Union for Reform Judaism was founded in 1873 by Rabbi Isaac Mayer Wise as the Union of American Hebrew Congregations. It has grown from an initial membership of 34 congregations in 28 cities to more than 900 congregations in the United States, Canada, the Bahamas, Puerto Rico and the Virgin Islands. It is the largest Jewish movement in North America and represents an estimated 1.5 million Jews. In 2003 the General Assembly approved a new name, Union for Reform Judaism, to better reflect today's reality.

There are 13 URJ summer camps across North America. The camps provide campers and staff with rewarding, challenging and pleasant experiences in a religious environment, and aid in the development of knowledgeable, believing and practicing Reform Jews 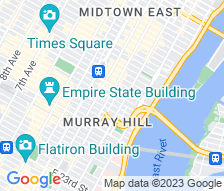