A Survivor with Disabilities Finds a New Home

Theodore (Teddy) Halpern likes to think that his disabilities, plus some good luck, helped him survive the Holocaust. Born with two clubbed feet, stunted arms and missing fingers, people always underestimated what he was capable of—including serving in the French Underground.

But with those disabilities worsening, a Federation housing facility is providing the assistance Teddy needs to live out his final years with as much independence as possible, near the family that means so much to him.

“Now that I’m getting older, I’m unable to tie my shoes. They assist me with showers. At mealtime, my meat has to be cut,” Teddy says.

Living in Federation housing enables Teddy to be more active. Since moving there eight years ago, he’s helped call bingo and prepare the newsletter and other mailings, worked weekly in the general store and participated in a writing group.

“I can feel independent, but at the same time, I’m being helped,” he says of his new home.

And because Federation housing is right near family, he gets to see his son and grandchildren weekly. Additionally, he takes advantage of facility-sponsored day trips to museums and other venues and is involved in its Men at Leisure Group. “I figure there’ll come a time when I won’t be able to enjoy” such offerings, he says, “so why not do them now?”

Teddy is also among a number of survivors who speak about their experiences, generally to school groups, and participates in a Federation program that pairs, or “twins,” survivors with b’nai mitzvah students. He remains in touch with one of those bar mitzvah boys, who’s now a college senior, considering him in some ways a fourth grandchild.

“I think that children should know what went on so it shouldn’t recur,” he says. “They ask a lot of questions and I try to answer the best I can.”

With Federation’s help, he’ll continue to spread that message. 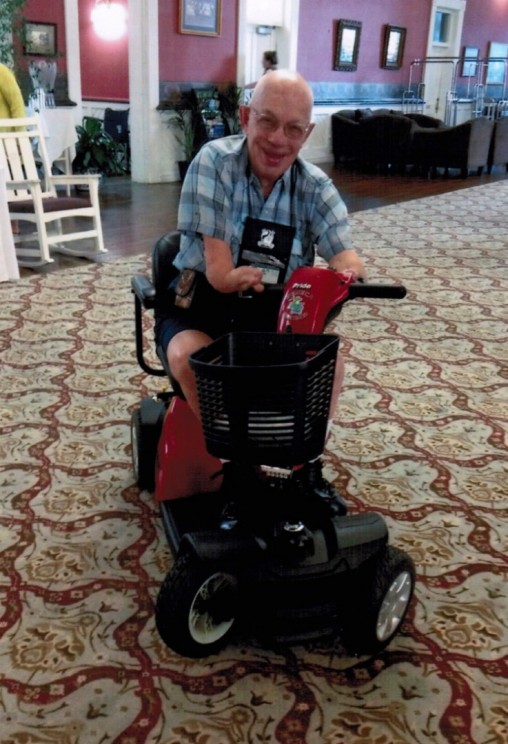 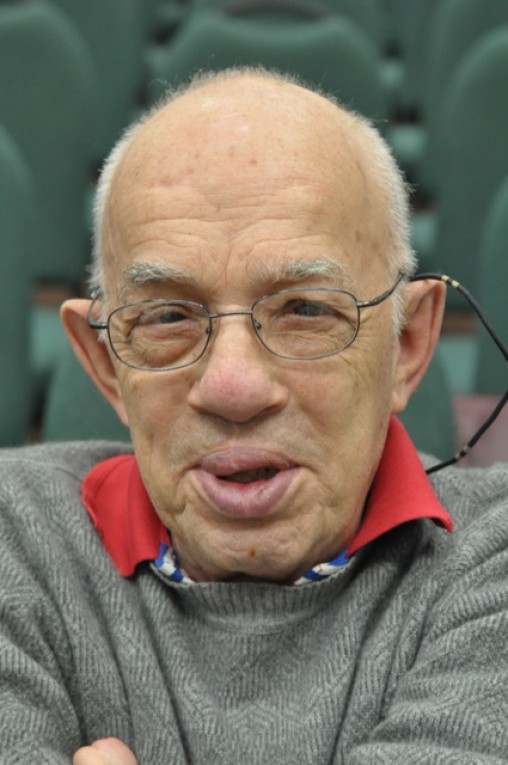 "The Germans never expected that I would be an underground man"

When the Nazis invaded Austria in 1938, Teddy’s parents sent him to Belgium with his grandmother. In 1940, the two moved to France, where they became separated during a bombing raid. Given Teddy’s physical disabilities and his inability to speak French, an ambulance crew “thought I was mentally unstable and placed me into an insane asylum,” he recalls. When he asked for paper and pencil to write a letter to his parents, asylum staff realized his abilities and placed him instead in a Catholic orphanage.

Teddy stayed there for two years, getting a “good education” and becoming fluent in French. But when nuns tried to convert him, “I refused,” he says, choosing instead to run away to a nearby French Underground cell he had overhead the nuns discussing.

Just 12 years old at the time, he served as a courier. “I was a messenger boy,” he says. “One of my shoes is higher than the other, so the cobbler was able to make a hole in the sole of the shoe and they placed the messages in it. Since I was disabled, the Germans never expected that I would be an underground man so they never stopped me.”

The scariest time, he remembers, was hearing the incoming bombs. “There’s a whistling sound,” he says. “And if the sound passes you, you know you’re safe.” The bomb will land elsewhere.

He served with the underground until liberation, eventually making his way to the United States, where he completed his education and worked 35 years as a city clerk.

Federation is Working to Meet the Needs of Survivors

Compared to other seniors in the U.S., Holocaust survivors are at a significantly higher risk for poor physical and mental health, depression and social isolation. And as they age, their urgent needs are increasing.

A lifeline for tens of thousands of survivors, Federation funds critical medical, housing, nutrition, socialization and transportation services to help this vulnerable population age with dignity.

estimated number of survivors in the U.S.

Tens of thousands more live around the world.

One-quarter are 85 or older.

percent of survivors live in poverty

Twenty percent are both poor and disabled.